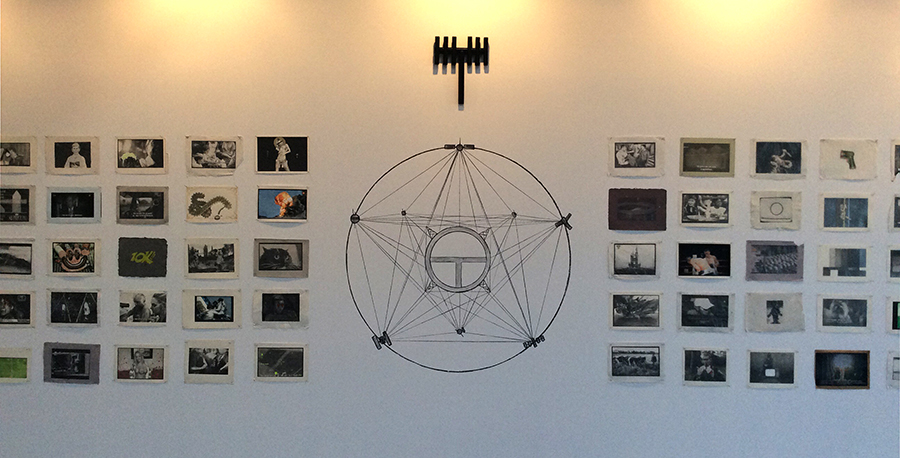 Fascinated by the way, we as humans, seem to be attracted by 'spectacular things', I started to investigate this phenomenon. Focussing on the medium television, being the main source of entertainment and information for me growing up, I started to make and collect an enormous amount of screenshots and images, that I felt, represented notions of the 'spectacular'. A commercial of an extraordinarily powerful vacuum cleaner, immediatly follows the six o'clock news, in which we just saw the terrible deaths, caused by a natural disaster. Everything seems to get the same intensity when it is emphasized to a certain level. On television a Mars chocolate bar is as tasty, as the second World War is terrible. 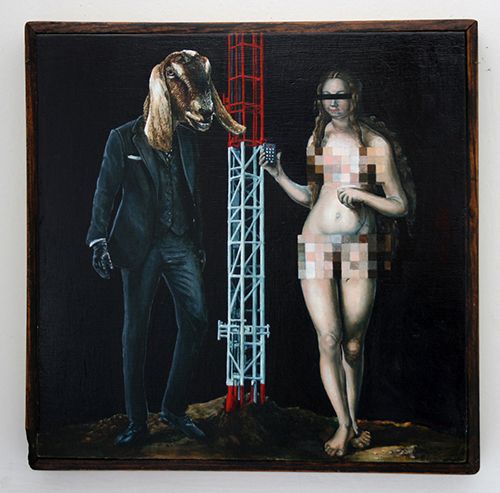 After investigating the world of television and all around it, I discovered that the medium had its own patron saint. Saint Clare of Assisi had been designated this role in 1958. She supposedly was able to see the a Mass she could not attend because of illness. While lying in her sickbed, it appeared on the wall of her room as broadcasted. Wondering how she would have felt, as the pious woman she was, about the television and the content it eventually would sent into the world, she became the central figure in this series, that would be named "Hail Saint Claire". 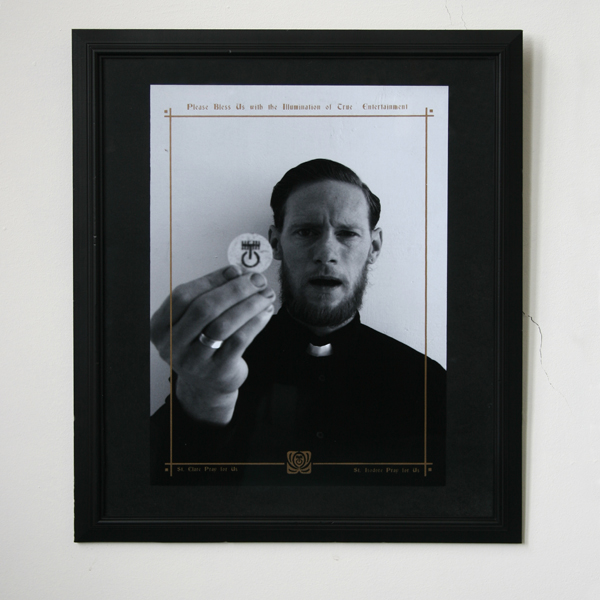